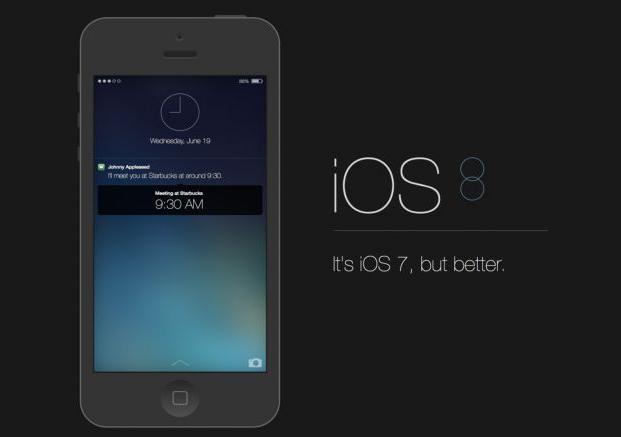 For over 800 million iPhones, iPads and iPods owners that use the company’s iOS operating system, the biggest news is the rollout of its latest version, iOS 8.

The new system is due to be released this fall and it will update some of the existing features but it will also add some new ones.

Here are some key features of iOS 8:

Health
With Health, they’re taking fitness and health apps a step further. Health pulls together data from different health-related apps into one place, creating a comprehensive profile for the user. It also lets the users send health information to doctors at selected hospitals.

HomeKit
HomeKit is a home-automation system, a step toward turning your mobile device into a remote control for the connected devices in your home. HomeKit can allow the users to control their garage doors, locks, lights, cameras and thermostats with their phone.

Siri tricks
Users who plug their iPhone into their car will be able to wake Siri up by voice without touching the phone. They will also be able to ask Siri to identify the song you’re listening to, using technology from the Shazam app.

QuickType
The new keyboard feature will help sending messages quicker by guessing what you’re writing before you finish writing it, letting you tap and move on to the next word. QuickType will learn your language habits, including how you text in different message threads.

Family Sharing
Up to six members of a family will be able to share their iTunes purchases across different devices, meaning brothers will no longer have to pay $6.99 each for “Minecraft.” You’ll have to use the same credit card for all those purchases. This new feature will also let relatives share calendars, photos or reminders.

iCloud Photo Library
Apple will offer more storage space for photos and videos in the cloud. The iCloud Photo Library will include a “smart” editing feature that lets users slide their finger to adjust multiple effects at the same time.

Additional iOS 8 features include:
• design enhancements that bring interactive notifications, quick access to key contacts, the ability to quickly switch back and forth between the inbox and drafts in Mail, as well as intelligent suggestions;
• extended Spotlight® capabilities that give results beyond what’s on your device, including articles from Wikipedia, findings from the news and results from places nearby;
• greater continuity between iPhone®, iPad® and Mac, including Handoff to start an activity on one device and finish on another, along with Instant Hotspot and the ability to make and receive calls and send SMS and MMS messages from your Mac or iPad.