What Is Coding? Facts About Coding 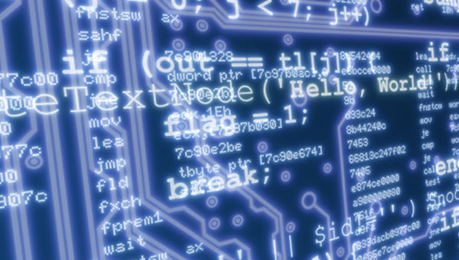 Every website, smartphone app, computer game or even microwave oven relies on code in order to operate. So how does coding work, really? The short answer is that writing code tells the computer what to do. A computer can only understand two distinct types of data: on and off. Binary code is the representation of these combinations as 1s and 0s. But there is one problem: To be able to write a computer program by typing out billions of 1s and 0s would require a lifetime or two to write. Computers are not clever things, however they are very obedient. This is where programming languages come in…

1. Code is seen as a set of or rules that computers can understand.

2. Computers run on binary code – written in 1s and 0s. Photos, videos, Facebook, your online bank account, and this website are constructed from 1s and 0s.

5. There are many names for people who code: coders, programmers, developers, computer scientists or software engineers.

8. Learning to code is like learning a new language (learning to construct words, sentences, etc.).

9. Most popular programming languages in use today are high-level languages.

10. C is a low-level programming language used for graphics-heavy applications, like games.

11. JavaScript is a coding language for websites. It is a high-level interpreted scripting language. Its main platform is web browsers.

12. Because of it’s multi-functionality, Perl is known as the “Swiss-Army knife” of programming languages but also “the duct tape that holds the Internet together” referring to it’s power and perceived ugliness.

13. Many coding languages share similar basic features so you don’t need to learn all of them to be a good coder. Most coders specialize in just a few languages.