PC myths that won’t go away 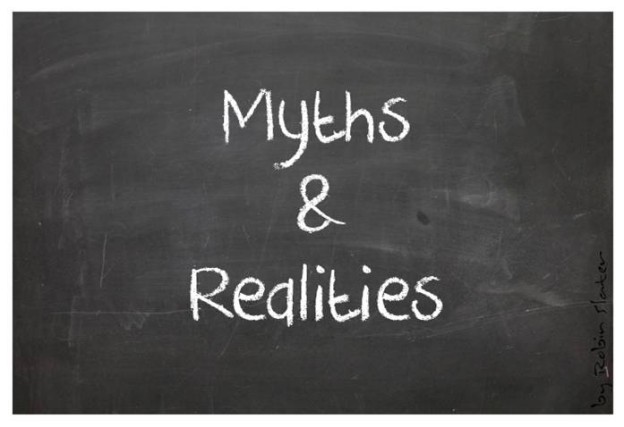 Myths and urban legends regarding PCs built up over time, passed from person to person. Some have a grain of truth, but are no longer true due to technological progress.

Hackers Are Trying to Hack Your PC

The Internet is full of malware and social engineering schemes but a hacker actively trying to hack into your PC isn’t going to happen any time soon. Attacks are automated and you may probably get an occasional phishing email trying to get your credit card number or social security number. Unless you’re a high-value target like a big business or government agency, there won’t be a hacker attempting targeted hacks on you.

Even big download sites like Download.com, FileHippo, Softpedia, and SourceForge add their own garbage to the freeware they offer for download. Even if you’re downloading from a program’s official website, you’ll often have junkware pushed on you with the installer.

You Have to Turn Your Computer Off At Night

Shutting down your computer is not something you should regularly have to do, assuming you own a computer built in the last decade. Putting it to sleep makes it use almost no power at all, and it will be ready to go immediately when you turn it on. Computers can also be set to automatically hibernate after a while, and all your open applications and work will be ready when you sit down at your computer again.

Modern operating systems try to use as much of your computer’s RAM as possible. This is true for everything from Windows, Linux, and Mac OS X to Android and Apple’s iOS. Modern web browsers also use quite a bit of memory. This is a good thing! When data is in RAM, your computer can access it more quickly. It makes sense to leave applications, data, temporary files, and everything else in RAM where it can speed up access times in the future. Empty RAM is entirely useless. If your computer will need more RAM for something, it can instantly purge some of that cached data from your RAM to free up space. If you look at your resource usage and see high RAM usage, that’s a good thing — as long as your computer or device is performing well.

There was a time when you needed codecs to watch videos online. Nowadays, most videos should play with either the HTML5 video feature in your browser or the Adobe Flash plug-in. If you do click a link and are asked to install codecs, don’t — it’s a trick to get you to install junk you don’t want on your computer. If you’re told you need to download codecs to watch a downloaded file, don’t do that either — just get VLC. Be sure you get VLC from the official site.

Viruses and Malware Are Why Your Computer is Broken

It’s possible that your computer is infected by malware and is using its resources on behalf of a botnet, mining BitCoin and participating in DDoS attacks against legitimate websites. But viruses aren’t usually what slows down a computer. Maybe it’s too many programs running at startup or your browser is loaded with unnecessary add-ons. There could also be an actual hardware problem — it’s not just a mysterious “virus” that makes your computer slow and sick.

Your Antivirus Will Always Protect You

Clearing Your Cache Will Speed Up Your PC

Some applications store cache files, which are offline copies of files they’ve already downloaded. They hold onto these files in case they need them again, so they can be accessed from your hard drive instead of re-downloaded. This saves time and bandwidth. Your web browser has its own cache full of bits of downloaded web pages, scripts, images, and more. Tools like CCleaner will wipe this cache to free up space, but that’s not necessarily a good idea. Regularly clearing away this cache means your browser has to re-download everything every time you use it — it’ll slow down your web browsing.

All those Windows system tools you see advertised around the web just aren’t necessary. These are all just types of fiddly system tools that exist only to take your money. Take all the money you’d put toward these utilities and buy an SSD or another real hardware upgrade for your computer and you’ll see an actual performance boost.

Also check out Smartphone myths that won’t go away