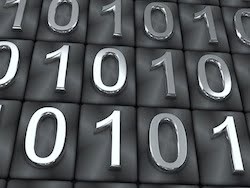 “ Java is to JavaScript what Car is to Carpet. ”

“ It’s hard enough to find an error in your code when you’re looking for it; it’s harder when you assume your code is error-free. ”

“ Walking on water as well as developing software from specifications are easy, if both are frozen. ”

“ Debugging is twice as hard as writing the code in the first place. Therefore, if you write the code as good as possible, you are, by definition, not smart enough to debug it. ”

“ Always code as if the guy who ends up maintaining your code will be a violent psychopath who knows where you live. ”

“ First, solve all the problems. Then, write the code. ”

“ There is not now, nor has ever been, any programming language in which it is the least bit difficult to write bad code. ”

“ Programming can be fun, as well as cryptography can be fun; however those two should not be combined. ”

“ Without requirements or design, programming is the art of adding bugs to an empty text file. ”

“ When someone says, “I want a programming language in which I need only say what I want done,” give him a lollipop! ”

“ Computers are very good at following instructions, but not at reading minds. ”

“ Any code of your own that you haven’t looked at for six or more months might as well have been written by someone else.

“ If builders built buildings the way programmers wrote programs, then the first woodpecker that came along wound destroy civilization.”

“ Sometimes it pays to stay in bed on Monday, rather than spending the rest of the week debugging Monday’s code.”

“ The trouble with programmers is that you can never tell what a programmer is doing until it’s too late.”

“ I love deadlines. Especially the whooshing sound they make as they pass by.”