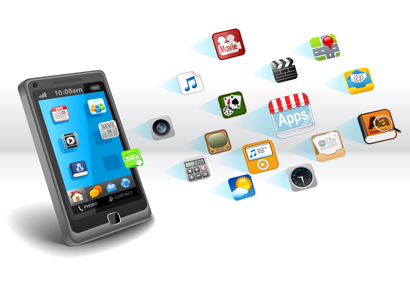 More processing power to work with

Apple released its 5S iPhone with a A7 64-bit processor chip. Samsung and Qualcomm are expected to deliver a similar chip with comparable processing power during 2014, allowing mobile app developers to have a bit more power to increased performance in terms of graphics and memory for mobile apps.

Android and iOS dominate the landscape, with Windows Mobile trailing behind. Former engineers from Nokia produced their own smartphone, the Jolla, which runs a proprietary OS called Sailfish. 2014 will also bring a serious growth of Firefox OS. Many of these new OSs are aimed at creating smartphones inexpensive enough to reach all economic levels, causing the fragmentation problem mobile developers currently have, to get worse.

In 2014, people will own even more mobile devices than last year. Users will also expect exceptional experiences on each of these devices. Although it might still be a while before Google Glasses or Samsung Galaxy Gear Watch start going mainstream, mobile developers need to be aware of performance issues on each new device.

Smart TVs are not the only “home appliances” connected to the Internet. Google bought smart appliance maker Nest, after it released a smoke detector controlled entirely by a smartphone app. Samsung released a washing machine controlled by Wi-Fi. 2014 will bring more connected objects in the household

Windows made a mark on Mobile. One of the biggest trends in mobile development might come come from Microsoft. With the release of Windows Phone and Windows 8 with a heavy incorporation of flat design, 2014 might bring the flat design approach to popular mobile apps and web design in general.