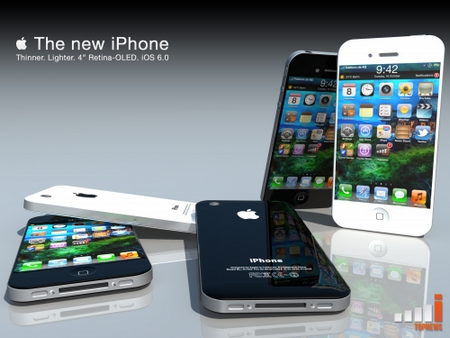 According to Reuters, iLounge, AllThingsd.com and iMore.com, Apple is planning to debut the new iPhone 5 at a special event that will take place on the 12’th of September, with the release date to follow 9 days later on the 21’st of September.

Although the new iPhone 5 is definitely going to be the star of the event, experts say that new 7 inch iPad Mini is expected to come out at the same event.

Wells Fargo Securities analyst Maynard Um confirms that the prepayments of inventory at Apple, rose up by a staggering $1.15 billion sequentially in the June quarter, signalling without a doubt that they are preparing for a big product launch.

Later edit: Takashi Okuda, President of Sharp, has announced that his company has started shipping screens to Apple to be included in the next iPhone. The comments made by Okuda at Sharp’s press briefing in Tokyo, confirm that Apple has started the production of the iPhone 5.

A trusted Verizon employee has just confirmed to TechCrunch that the carrier is having an all-staff vacation blackout from the dates of Friday, September 21 to September 30. The next iPhone, whether it’s called the iPhone 5 or simply the new iPhone, will almost certainly be available in stores starting Friday, September 21.